Knuckle boom cranes have always been popular in Europe, with narrow roads and greater restrictions on trucks than in North America. They have spent some time entering the North American market, but now more and more contractors and business owners understand the benefits of knuckle boom cranes, and demand is steadily increasing. 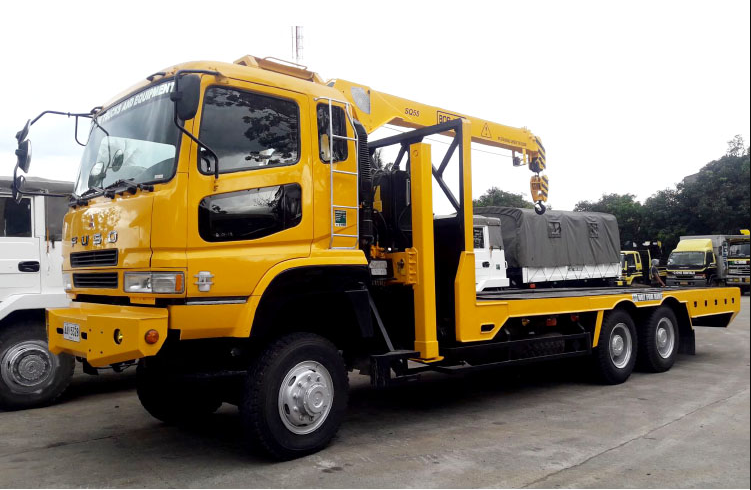 The advantages of articulated arm technology.
The knuckle boom (or articulated) crane looks like a standard crane, but the boom is bent in the middle-on the knuckle, like a finger. It can be folded into a compact size, but it can also be extended a long distance. Compared with a rigid boom or telescopic crane, it has many advantages:
Increase payload-the knuckle arm is lighter and more compact, leaving room for larger payloads.
Low profile-in order to withstand longer loads, a rigid jib crane needs to be added. The steering knuckle arm has a horizontal extension that allows it to reach a longer distance at a lower overall height.
Long-distance competition with telescopic boom cranes-the work that used to require telescopic boom cranes can now be done with articulated cranes. In the past ten years, the range of knuckle arms has increased, and some have extended to 28m (92′) or more.
Enhanced control-One of the main advantages of knuckle boom cranes is the operator’s precise control of the load. This will produce higher efficiency because the load can be placed directly where needed-roofs, on high floors of buildings, or the ground.
The multifunctional knuckle boom crane can easily bypass obstacles on the construction site.

Prev: What are the advantages of a knuckle crane?

Next: Car load-bearing forklifts implement the most stringent applications