When you see a crane on a construction site, the first thing you may notice is the long boom that stretches to the sky. This part of the crane is called the boom, and it is one of the most eye-catching and important features of the machine.
A boom is a long fixed or hydraulic boom used to move large objects in buildings. When positioning the load, it bears most of the weight, and its length determines the maximum functional range of the crane. Depending on the type of crane, the crane boom has multiple functions and appearances.so,What is the boom crane？ 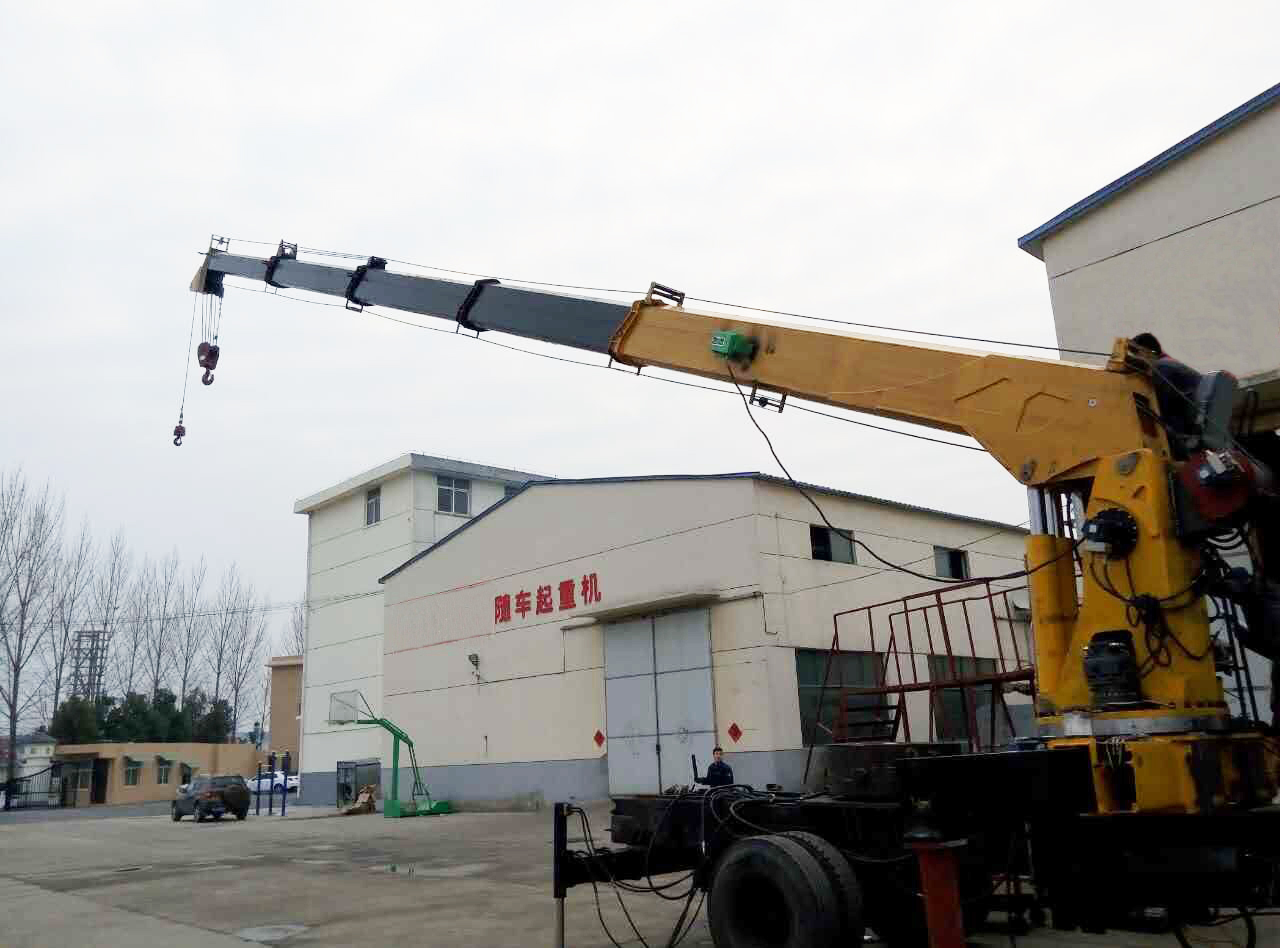 The crane boom may look like a simple device, but it requires high operating accuracy. Read on to learn how the crane boom works and how it interacts with other important crane components.
How does the boom work?
There are two different types of crane booms: truss booms and hydraulic booms. Although they all have the same purpose of lifting and moving objects and materials, they work differently.
The grid is booming.
The lattice boom is welded by multiple steel bars with W or V. This lattice design increases the strength of the boom and reduces the weight of the boom, making it an ideal choice for tower cranes and crawler cranes.
The lattice arms maintain a fixed length, but they can rotate, tilt, and move left and right when moving the load. Since the largest cranes usually contain truss booms, engineers must carefully calculate the angle of inclination required to increase the weight while keeping the crane stable. The operator’s cab is equipped with a series of buttons, a joystick and a computer security system to control the movement of the boom. Once the boom is in the correct position, the operator will use a lifting system running along the boom to lift and lower the load.
Hydraulic arm
Unlike the truss boom, the hydraulic crane boom can be extended to different lengths and contracted for transportation. They usually have a telescopic or rod-like appearance and use a powerful hydraulic system for operation.
The working principle of the system is to pump hydraulic oil into a cylinder equipped with a piston. The pressure generated by the pump pushes the piston in and out, which causes the various parts of the crane’s boom to expand and contract. Telescopic crane booms are most commonly used in hydraulic systems, but they can also be used for folding crane booms.
The folding crane arm can be folded instead of extended like a telescope, so it is very suitable for compact construction sites that require ultra-precise movement. They use the same hydraulic system as the telescopic boom, but require more hydraulic cylinders to operate because they contain more articulation points.
Cranes and boom trucks.
Cranes and boom trucks are easily confused with each other due to their similar characteristics. Both are used to lift heavy objects on the construction site, and the boom is the common feature of these two machines. However, some key differences distinguish them from each other.
crane
The crane can be fixed or mobile, with various sizes and styles. They are designed to lift heavy objects and use stabilizers and counterweight systems. Some of the most common types include tower cranes, all-terrain cranes, hydraulic cranes, stationary cranes, and truck-mounted cranes.
Other important crane parts.
The crane has multiple components working together to safely lift and transport heavy objects. Some of the main components that interact with the crane boom include:
Boom
Due to the similar appearance, the boom is sometimes confused with the crane boom. On lattice cranes, the boom usually extends from the boom to increase the extra distance between the load and the crane’s main support system. The cantilever is a common feature of tower cranes and can be disassembled according to different types of work.
Counterweight and outriggers.
Because cranes add such a heavy load, they need counterweights and outriggers to offset the weight of the load and prevent them from overturning. The counterweight is usually installed on the back of the crane behind the boom and can be stacked and disassembled to accommodate loads of different sizes.
Outriggers are heavy beams used on mobile cranes to increase stability when using cranes. When deployed, they protrude from the chassis and use flat pads to evenly distribute the crane’s load. The legs are stretched and retracted by a hydraulic system and require a flat surface to work properly.
Wire rope
Metal cable cranes used to lift and support heavy objects are called wire ropes. The steel wire rope is wound into a spiral with multiple steel wire winding cores, designed to withstand extreme pressure without breaking. The wire rope runs along with the boom and is the main part of the crane hoist, responsible for lifting and reducing the load.
Load block
The load block is a device that hangs from the end of the crane cable and connects to the load. It is usually made of steel, including hooks, bearings, swivels, and a set of pulleys that are heavy enough to maintain

Prev: What are the influencing factors of mobile cranes?

Next: What are the basic components of a hydraulic truck crane？