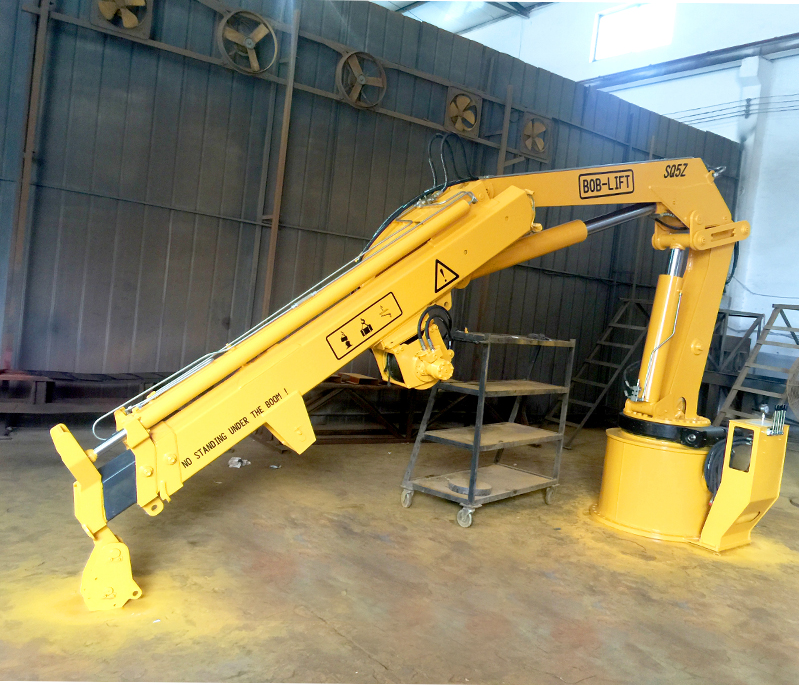 The benefits of handling deck cranes.
Handling deck cranes are one of the first choices for many workplaces. These cranes are very common in the tasks they can accomplish. Very suitable for lifting materials that require compact low-profile cranes. These cranes can move in narrow spaces and clear overhead obstacles. Handling deck cranes are usually equipped with full hydraulic control devices, which can achieve extremely stable and accurate operations. With a lifting capacity of more than 15 tons, and some models having a lifting capacity of more than 9 tons, you can imagine why deck cranes are so useful on the job site.
What is the handling deck crane used for?
So what is the use of carrying a deck crane? As a small 4-wheel crane, the 360-degree rotating boom is installed in the center of the deck, so the load-bearing deck crane is widely used. It can be said that its most important purpose is to transport materials around the work site. Due to the small size of the portable deck crane, a large amount of material can be easily lifted in a small space. This material can also be loaded directly onto the deck of the crane itself, and then moved from the crane to another location on the job site. Due to its navigation capabilities in enclosed spaces, the ability to transport and raise large amounts of materials, and general ease of operation, handling deck cranes are very popular in any work site.

Next: What are the advantages of a knuckle crane?