The invention of cranes makes things easier for humans because, without them, loading, unloading, and lifting must be done manually, which will require more time, and the entire system is not efficient at all. Hundreds of years ago, the ancient Greeks invented the first construction crane. Modern construction cranes are huge, occupying several tons of materials hundreds of meters high. For high-end infrastructure projects, tower cranes can reach 1,000 meters.
Mobile crane.
Mobile cranes are characterized by being designed to be relatively easy to move or travel on the construction site. They are mounted on wheels or tracks and usually do not require a special permanent foundation for improvement. The mobility of the crane allows the least time to move, set up, and move. Mobile crane manufacturers have integrated some functions that can be quickly set up on-site, such as from deck and deck disassembly. 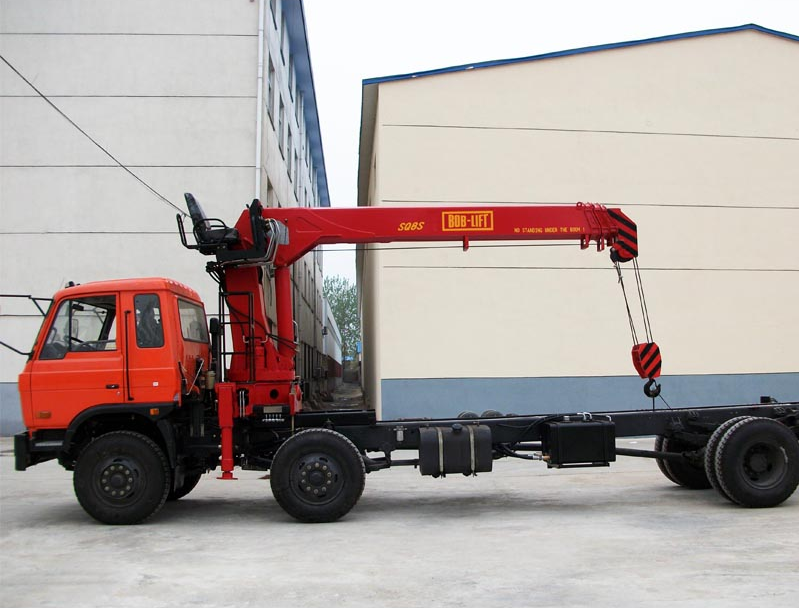 Wheeled mobile cranes can also push themselves to the construction site. This movement from site to site is called transmission movement. Once the mobile crane arrives at the construction site, it can quickly move to any place needed. The size of the largest and smallest mobile cranes varies greatly. Generally speaking, size is directly proportional to mobility.
A 500-ton crawler mobile crane (not the largest) may take several days to be erected on-site and transported to the elevator location. However, when a 45-ton truck-mounted telescopic boom crane arrived on site, it was ready to perform many lifting tasks on the same day.
Mobile cranes can be further classified according to boom type and support type. The boom is a traditional lattice truss boom or telescopic boom. Almost all telescopic boom cranes use hydraulic cylinders to extend the boom. Therefore, they are often referred to as hydraulic cranes. Each of these booms has a different load weight.
The lattice boom and its pendant or back support form a triangle. The boom is a compression member, and the pendant is a tension member. The structural system formed in this way is very strong and relatively light in rigidity. The arm length can be significantly increased, and there is almost no loss in the ability to increase its own weight.
The truss arm is modular, and the length between the butt part and the tip part is increased by manually inserting short boom sections called inserts. The length of the plug-in varies from 10 feet to 40 feet and can be quickly installed with pins. However, this process must be placed horizontally on the ground, requiring one or two ironworkers and a small auxiliary crane.
Small roof cranes provide cheap lifting capacity in crowded areas. They can be quickly installed, moved, and disassembled with a good plan. Large hard-legged derricks and tie rod derricks have the advantage of long radius. Because they are fixed to the foundation, they are impossible to tip over.

Prev: What can a mini crane do?What are the advantages of mini crane?

Next: Is the container ship equipped with a bilge version?